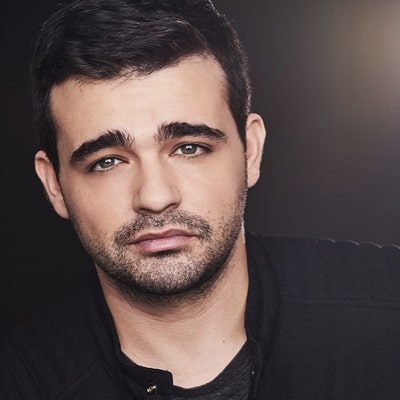 Scott Alda Coffey is an actor currently living in Los Angeles. His new movie THE OUTPOST starring Orlando Bloom and Scott Eastwood will be premiering later this year. Scott’s been acting since he was 3 years old and hasn’t stopped since. He grew up doing a lot of community theater and attended Carnegie Mellon where he received his BFA in acting. His main focus has turned to film and TV, which he is currently pursuing.

Rejection. You can be the best actor in the world. There is so much that is out of your control because it can feel really personal to you. There are a lot of no’s and that can be tough on any artist in any art form. Makes the wins so much better though.
Scott learns from each “No” and tries to grow from the experience. He tries to “Win the room.” He can also learn from the bad experiences and think about how he can improve and come back and do better the next time.

Who have you learned the most from?

His Grandfather is the person Scott has learned the most from.
He has learned the truth and the reality of the business. It takes time to make it in this career and this is not something that glamorized image that many stories project. You really have to love it to do it due to all of the sacrifice and the work that is involved.
“Overnight sensations are not actually overnight…”

What Resource have you learned the most from?

IMDb
Scott tries to keep up on as much as possible for a number of useful reasons. If he gets an audition for a show then he can either know about it or know about other shows that are similar or have enough research to be properly prepared. It’s even good to have talking points.
There is a lot of preparation that is involved in the work that is done as an artist. There is so much more to think about than just the performance.

Favorite piece of art or inspiration?

1917 the film
He had gotten really into war movies as research for The Outpost and 1917 is just so incredible.

Do you have any role models? Any Quotes?

“Go where you are going to be the happiest unemployed”
This is what brought Scott the LA.

Literal Answer: His Cat
Real Answer: The fear of not succeeding. Failure as a whole is universal fear. There is no job security in this industry. Unfortunately, finding the next job is a real challenge in this field, but even with that Scott can’t imagine doing anything else.
It is important not to compare careers to other people. Scott knows that his vision is just to work consistently as an actor and to always be doing it.

Do you have advice for a person that doesn’t pursue the arts full time, or is just starting out?

Just create! Whether that is filming something on camera without worry of judgement or just putting pen to paper and being creative. Getting started is the hard bit, but it is important to take that first step to try and make something that is yours.