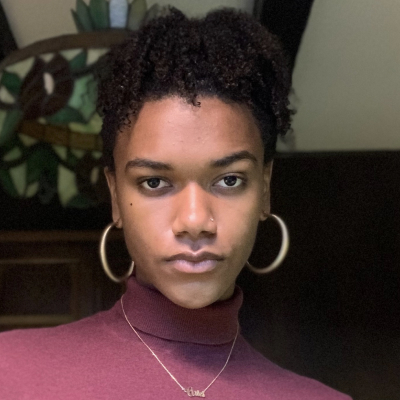 Episode 7: David Robinson and her authentic self

David Robinson is a Pop/R&B singer that strives to create music that speaks solely from the heart. David went to school at LACHSA and Berkeley where she developed her skills and experience in the industry. You can find her music on Spotify, iTunes, and a number of other places you find the best music in the world!

Getting in one’s own way. There are a lot of good resources and connections. David needs to be able to drive forward and not being stingy when it comes to the music that is creative. “If you want this life for yourself… you need to release songs” It’s about holding back instead of just going out and doing it.

Who have you learned the most from?

Ariana Grande - She is the first person that David watched and learned what to do. David watch her videos and interviews.
David’s mom is also an industry expert that gave David the experiences that have helped build David’s understanding of the business side of things.
Prince - Gender explorative and unique side of things. Gave David the confidence that strange individuals can make inspirational work.

What Resource have you learned the most from?

Youtube - (David is Gen Z) Great for getting inspiration from music videos, studying other performances and even as a resource for tutorials. Such an accessible resource.

Do you have any role models? Any quotes?

“Don’t put other people down”
It is important to take all negative comments and prove them wrong if they do come your way. Do your best to be positive and bring people up instead of putting others down.
“Haters are my motivators”

Favorite piece of art or inspiration?

Album - Solange “When I get home”
Such a well produced album. David hears something new every time!

Making sure the David is being true to herself and true to her Grandma. “Am I making the progress that I want to?”
Imposter syndrome can definitely impact creativity. This is something many artists experience. Pushing past is part of the journey and getting comfortable with where we are.

Do you have advice for a person that doesn’t pursue the arts full time, or is just starting out?

“Just do it!”
Do things regardless of what other people think.